I don’t know the meaning of cold.

I do. It’s just that when people say to me “It’s bloody cold” that’s my stock answer.

Therefore I don’t know the meaning of cold.

I then usually go onto talk about my first flat and how I managed to try and keep warm during my days as an unemployed workless youth.

My first flat was above a fishing tackle shop on Smithdown Road in Liverpool. You can see the flat from the main road if you’re ever down that way. 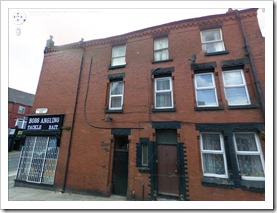 My old flat is the top three windows.

In summer the flat was so hot you had to have all the doors and windows open so that you didn’t melt into a pool of flesh. Furthermore, the wearing of clothes during this time was seen as foolish as the heat would cause you to sweat buckets full of perspiration. 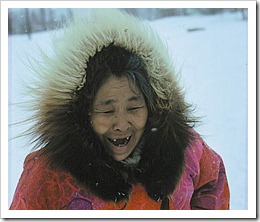 The flipside though was the winter. During the winter that flat was so cold, you would come home from work (or in my case, from somewhere warmer)  to find polar bears sat round holes cut in the floor trying to catch fish, while Inuit tribesmen would try and barter cigarettes for blubber and animal furs.

The windows were those awful sash window jobbies. The sort that when the wind blew, it would come up between the top and bottom sashes and be like sheets of sharp cold steel piercing the air and stealing what little warmth you could generate. The window gaps soon got sealed with newspaper and the frames were shrinkwrapped with that double glazing plastic bobbins, you know the type that you heat with a hairdryer?

The mains electricity was delivered through an old 50 pence meter….and I mean old 50 pences. I had to buy the old coins off the landlord. With coin metered electricity you really don’t get a good deal. 50p would last you about an hour in cold weather. 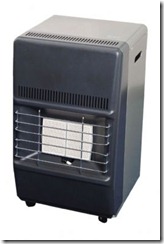 To heat the flat, the landlord provided a calor gas heater and a two bar electric fire. The two bar electric fire only increased the temperature after I managed to procure 2 red bulbs to fit to the “Real flame effect” thingie that the fireplace had. So I think that was psychological heat anyway.

The single calor gas heater was as much use as a cigarette lighter and just made everything taste funny. Further fortune befell me however, when I managed to procure a second calor gas heater. That made it feel a bit cosier.

So with 2 calor gas fires and a two bar electric fire with real flame effect lighting you’d probably think you were nice and warm enough to hibernate for the winter. Well bollocks to that pal. It was still cold. More heat was generated by an electric fan heater (donated by the parents) and by switching the hot water boiler on. Yet it was still too cold.

So to further combat the chilly knives of doom the only line of defence was the clothing. Pyjamas were worn under everyday clothes and over underwear and a fleece coat was also employed in the “lets keep warm” fashion parade. The pyjama legs were tucked into socks and the sleeves were tucked into fingerless mittens. Gok Wan would have been so proud of my fashion statement.

So you’d think that you’d be nice and snug with all that going on….well you’d be wrong. On the couch I had a sleeping bag AND a spare duvet and in the bed I had an electric blanket and two more duvets. Honestly! It was so cold in that flat….Sleepwear consisted of two layers of pyjamas and the fleecy coat under a fluffy dressing gown.

The larger calor gas heater would then be switched on with the kettle, the electric blanket and the TV and a further half hour in bed was claimed while the shower heated up. 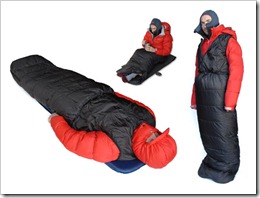 The dash to the bathroom helped generate some body heat and a long shower was often had because leaving the warmth of the hot water would often be too much. On finishing the shower, the body would be wrapped in two towels and the fluffy dressing gown, a further cup of tea was had and, money permitting, a bowl of microwaved porridge consumed in front of the small calor gas fire and the electric fire on one bar (to conserve electricity).

After dressing quickly (well as quick as you can when you wear 4 layers of clothing) the flat would be left to cool down and the day’s activities, whatever they were, were conducted, usually in the free warmth of someone else's flat, the pub or in the city centre shops, cinema or library…..

And to think I moan about the cold now…..ha!

that reminds me a lot of the first house the ex and I lived in. Our heat didn't work. so we had a space heater in our room. but were always wearing coats or blankets. the doors were shut and the only time we left that room is if we had no choice. If we had to be in another room then on top of being bundled up we would turn on the oven and leave that on and then put pots of water on all the burners and boil water for any kind of heat at all.

Ha yes! The oven came on only during dire cold weather moments.