Apparently there are local elections coming up soon. I say apparently because as most of Warwickshire aren’t having any, there is very little in the way of posterage, bannerage or flyerage in the sleepy semi-rural area of Leamington Spa that is Radford Semele. 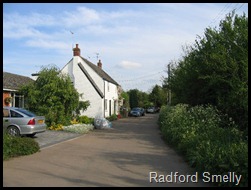 Ah, Radford Semele. You know? I thought Brierley in South Yorkshire was a sleepy little insignificant village, but that was a nuclear political battle ground compared to here. I suppose the difference may be because in Barnsley the local press is still mostly independent and local politicians vie for column space to show how good a job they do or, as in the “mayor” of Brierley’s case, how many fat fingers he had in juicy local pies.

Radford Semele. Well, there’s nothing much political about it. There is a parish council and a handy, recently vandalised, village notice board. But other than that, nothing. I think at the last election I saw one flyer, but that was for the BNP so that doesn’t count. 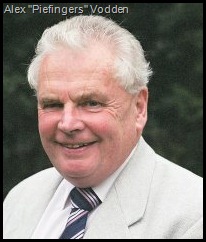 Now, regular readers, not that there are any, would probably remember my foray into the world of poking local politicians into action when I emailed the “Mayor” of Brierley, Alex Vodden,  and asked such questions as: “Why don’t you have a website?”, “What exactly do you do?” and “Why does a small insignificant village on the outskirts of Barnsley need an expensive mayor?”. But you would be forgiven in forgetting as I recall I did not receive a reply anyway (possibly because of my name). Though a few months later a website did appear which, curiously, hasn’t been updated in 2 years.

Then there was the time at the General election where I invited the MPs vying for my vote to attend at my local pub for a chat and a pint to convince me why I should vote for them in the first place. I attended. They didn’t. So I didn’t vote for any of them. 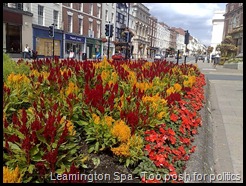 So I took it upon myself to find out about the local parish council and started with my good old friend Mr Google. I asked Mr Google to search for “Radford Semele Parish Council”. The hits I received were a bit disappointing, a few mentions in old PDFs and a bit about the contact details for the Parish Council clerk on the Warwickshire Council website. The parish clerk, it appears, is some jobbing due-for-retirement-solicitor, but that’s all there is. Disappointed? Not really. I’ve come to expect that sort of thing with local democracy over the years.

I mean, here we are with the most powerful communication tool ever and what do local politicians do? Ignore the marketing power of it! What better platform to get your message across than the Internet?

Fair enough, I thought. Maybe I’m looking too local and so I widened my search into the local Parliamentarians. It was then I discovered the wonderfully lazy conservative MP, Jeremy Wright. Ah, Jeremy. What do you actually do in the big house in Westminster? Not very much it seems, if theyworkforyou.com is any indication.

As it states on his page (http://www.theyworkforyou.com/mp/jeremy_wright/kenilworth_and_southam):-

Please note that numbers do not measure quality. Also, representatives may do other things not currently covered by this site. (More about this)

Now to give him his due, Jeremy is a bit of a voter, however, it appears that he doesn’t say much in the big house really. To further illustrate, you see the bit that says “111 people are tracking this MP”. Well I’m one of them. I have been for almost 2 years now. Do you know what? I haven’t had an update about him in ages. I suspect he may have lost his voice, so when I contact him, I might offer him a Zube or something. And yes, he does sometimes bitch and moan about the inconvenient HS2 running through his back garden with some opposed to the scheme, but with added “But it’s tough, it’s for the good of the country….vote for me anyway”.

Anyway, I had a bit more of a poke about to see what old Jezza has been up to. Where he lives. What his interests are. But that would mean writing lots more and, no doubt, you are already bored of reading this. So I’ll leave that….analysis….for a future date.