Finding the off switch

It scares me how flappable some people get with technology. I have known fairly intellectual professionals get flustered because the mouse had been placed on the left hand side of a keyboard instead of the right. 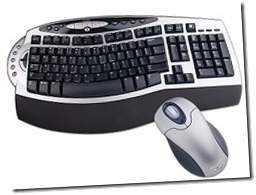 I’ve seen grown men cry because the simple use of a caps lock button could have saved them hours of reformatting text.

I’ve known air head secretaries who received a fraction of their bosses salary feel all superior because they knew what a dollar symbol was.      (It’s $ <--- one of them if you didn’t know)

And yet there are always the few that continue to surprise with their inability to cope with modern day appliances.

Today I met a classic example of lunacy.

She came up to my desk and proceeded to rant and rave about how “bloody inconsiderate” it was that we had changed equipment without her knowing. How was she to do her job when she hadn’t received training in the new equipment. Didn’t people know she had an important lecture to deliver? How dare we provide state of the art equipment worth well in excess of £5000 to replace the out dated poor quality equipment that was there before. 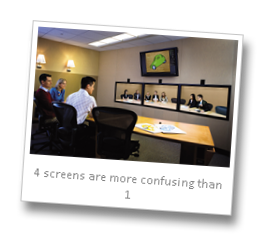 How bloody dare we!

How bloody chuffing dare we!

So I left the comfort and idyll of my desk. Locked the till, secured the office door. Affixed the “Back in a jiffy” sign. Made my apologies to other people waiting for attention. Because it was clear that this woman’s issue was far more important than any book return or referencing query. I did all this and climbed to the second floor of the building to a room I could have reached via the other stair well in half the time had it not been for the fact that she insisted on showing me which room she was in and proceeded to rant, rave and spit vitriol at how inefficient we were.

I entered the class room gingerly (I had a root of ginger in my pocket and my hair colour is often wrongly diagnosed as ginger") to see….no difference what so ever to the last time I was in the room.

“I can’t get it to work. It’s all totally new to me. It’s completely different to the one that was here last week.” she repeated for the 35th time since leaving the desk.

I smiled my warming smile and began to inspect the equipment.

It was plugged in.

The mains switches were switched on.

The wires all seemed to be affixed via trunking.

The video conferencing unit was working as the little green light glowed happily from its lofty position above the screens.

So in that situation, what do you do? Panic? Scream blue murder? Throw yourself onto the Town hall carpark from the top of the building? 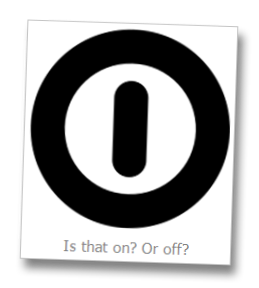 No. You check to see if the on switch is….on….on the display panel.

Sure enough there, on the side of the panel, was a button marked with the universal symbol for on.

I called her over to where I was stood and told her that I would give her the training she needed to do her work in future. Had I been a bolder man I may have suggested a £40 training fee. But I am not bold. I am more italic. Maybe a bit subscript.

“See this symbol here” I told her

“This is the universal symbol for on.” I replied trying my best not to sound condecending.

“Oh is that what it is” she responded as the rotting salmon of realisation slapped her in the face with the force of a well wielded wood axe.

I pressed the button. The conference suite came to life. She…just ushered me out of the room before anyone at the other end of the conference call heard me tell her what a fucking idiot she was.

My job done, I returned to my desk and the next banal query.

“Do I have to bring these books back?”

“Not unless you’re stealing them” I replied.

It was going to be a long night….

Two films about Social Media Narcissism
Posted by Stegzy Gnomepants at 14:45 No comments:

So…thanks to the most excellent Chrissie; interview 3 is now in the bag. Providing there is no snow, natural disasters or illness, I am on track to having my PCS done for the beginning of March.

For shits and giggles I did a brief essay plan last month which outlined the questions I wanted to address and then found that if I wrote about 800 words answering each question all I would have to do is write an introduction and a conclusion and I’d be sorted. Of course…this I know now is what I should do anyway….

The questions I am addressing are -

So far the interviews I have conducted have given the answers I’ve been expecting to hear and research is also bringing up interesting arguments (where any of you aware of this little snippet ), of course I am always interested to hear your views too…..

Final interview is tomorrow. Hopefully it will go without issue but I do have a backup plan.

It makes the world go round. Or so they say.

Personally I was under the impression it was the gravitational pull of the celestial spheres but then I’m not a physicist.

The news in the UK today is a buzz with talk about the BBC, “commercial sensitivity” and the salaries they pay to the presenters and stars. 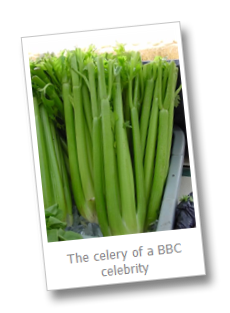 Now, some background. If you’ve been paying attention you can skip this bit and go a bit further down, unless you don’t know what the BBC is in which case keep reading.

What happened was, some enterprising hack requested the expenses details of parliamentary MPs. The MPs didn’t like this because it showed some of them were up to dodgy doings and basically having it away with public money. So. To try and deflect the attention in an almost “Yeah but they’re worse” kind of way, the MPs and those critical of the BBC say “Well what about good old Auntie Beeb?”

Now if you didn’t know, the BBC is a public body funded by a television licence fee. If you own a telly in the UK, you buy a licence. This gives you permission to watch telly and you get 5 terrestrial channels and, more recently, a zillion digital channels for about £150 ($240)  a year. The majority of this fee goes to fund the two terrestrial BBC channels, the numerous BBC backed digital channels, the BBC radio stations (Local and national), BBC drama, films and whatnot. Which, if you think about it, is a bally good deal. The other terrestrial public service channels, Channel 4, ITV and Channel 5 get a tiny bit of this licence fee and the rest of their money comes from advertising. The satellite stuff is on top of that and you pay something like £360 a year for a load of American dramas which are endlessly repeated ad nauseam. Which is a bit shit really, when you think about it. 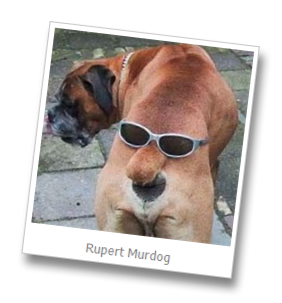 So as the BBC is a public body, the MPs and critics have been saying “Tell us what you do with the money you get from the public then”. This is partly a distraction, but also a way of gaining the favour of Mr Murdoch (who owns the satellite broadcasting services in the UK, most of the newspapers and is a vitriolic critic of the BBC Licence fee).

First came the expenses. Nothing too controversial in a “Yaa boo sucks to you” kind of way.

Then some tried to make a fuss about £100 for a bunch of flowers but they were jolly nice flowers and so really you couldn’t complain really as they weren’t a duck house.

Then others pointed out that there was a substantial amount of cash going to the presenters in salaries.

Which brings us to today. The BBC finally admitted paying a total sum of £230million to artists, presenters, musicians and other contributors. [Source] but refused to disclose how much individual salaries were because such information is “Commercially sensitive”. 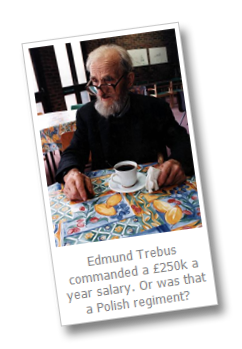 It is rumoured that the likes of Jonathan Ross command salaries in the millions. Not bad for a bit of prerecorded radio babbling and an hour worth of chit chat with your mates. Not bad at all. Is it? But I’m sure Mr Ross puts a lot of his talent into this and it must strain him and wear him out at the end of the day so he must surely deserve such a high figure.

However, being the selfless chap that I like to portray myself as, if I was a celeb reliant on the pay of Auntie Beeb I’d want to do all I could for my paymasters. In a selfless act I would publish my salary just to show that I don’t get paid all that much really for my amazing talents and that I deserve more. And that the fact that I am working for the BBC in a celebrity capacity is only out of charity and respect for a great and innovative British institution.

So that’s what I’m calling on the celebs to do. Don’t wait for the BBC to announce how much you earn. Get in there first. Think of the publicity. Think about how publishing details about your low salary will just highlight how much respect, charity and selflessness you have. The media, which you so adore and who put you were you are today, will be most grateful too and will no doubt show you as humble talented people deserving much much more than you are worth. 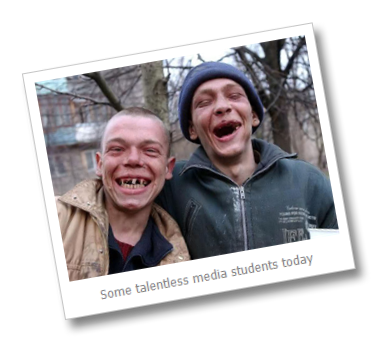 That way, struggling talentless media students and other wannabees can also admire your sacrifice and aspire to be just like you too. They can stop moaning about not being able to get their first foot on the ladder and perhaps realise that being in the spot light isn’t worth all that much really.

Unless….of course….that’s all bollocks and you do actually command ridiculous salaries for your vacuous pathetic talentlessness as you ponce about in the public eye getting people to send their money into help those less fortunate than themselves before fucking off to the Seychelles for the weekend on your private jet…..In which case…you should be bloody ashamed of yourself for ripping off the public that pay your salary and not offering to take a fraction of the bank filling sum you receive out of the public pot each year. That way the BBC can pay the behind the scenes people (ie those that actually matter) better salaries and get on with making better and more programmes which they can showcase on the world stage…..Strictly Come Dancing my arse….