Spare not the children, lest the evil persist

The other week, Zoefruitcake and I visited our local Frankie and Benny's for a bit of a post payday treat.

It was busy; mostly because it was Halloween but also because it was the day after pay day and the world, his wife, their neighbours and their best friend's uncle's favourite mechanic's son also had the same idea.

Because it was Halloween weekend there were many children present. A good deal of these children were sat, well behaved and happy to be out with their family. There was, however, a pair of little shits present whose parents obviously went to the "freedom of expression" school of parenting. These delightful little darlings thought it fun to run rampant around the restaurant squealing with glee instead of remaining seated and only speaking when spoken to. 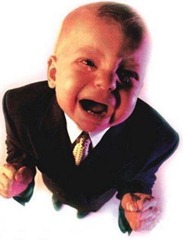 You know the type. They usually have traditionally cheeky scamp names like Bob or Tommy. The type of names traditionally apportioned to working class flat cap wearing, roll-up cigarette smoking betting shop regulars but, for some bizarre reason only known to fashionable middle class Guardian readers, deemed preferable to Tarquin, Charles and Gordon.

The type whose parents, as stated previously, believe in "freedom of expression". The same parents who probably inexplicably develop a "cough" when walking near smokers. Or fuss about their children and whatever food allergy or intollerance may be fashionable at the time. The type of parent that any normal person would want to smash into a granite table face first before flushing their head repeatedly down a particularly dirty toilet.

The type of child who runs around restaurants unbidden. Screaming and tripping up waitresses. Any accidents that arise are clearly the fault of the waiting staff not taking care when carrying a tureen of boiling soup or molten lard.

That got me thinking.

When I was a kid at a restaurant (or, more likely, a Berni Inn) , if I didn't sit straight, shut up and eat my greens provided with my scampi and chips the likelihood of eating out again would diminish to the point of never again. But no, not these chuffing days. Noooo. These days it seems it is totally socially acceptable to allow your child to run rampant with no regard for other diners or waiting staff.

All in the name of "freedom of expression". 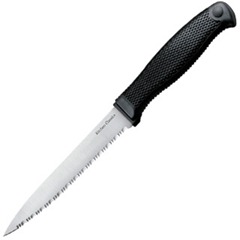 So to express my own freedom, I rose from my chair, went over to the little shits, grabbed them by the collars. Dragged them over to their parents who were sat, jaws agape in protest. Threw them into their seats and said: "If you don't fucking control your children I will pickle them and feed them to the tramps."

"Oh but they're only expressing themselves" came the protest.

"Yeah well I'm expressing myself freely too." I retorted as I stabbed the father in the nose with his blunt steak knife and forced the mother to swallow her barbequed rib bones whole. Sideways.

"Do you want a starter?" Zoe asked, snapping me out of my daydream.

"No, let's get straight to mains" I replied.