I listed more than 1,800 must-see movies and arranged them by genre and themes on a giant imaginary roadmap

Awesome! This is beautiful. What fun! There's even lots of room to add more! How did you do this? Is red the recommended path?

Try being worried about the danger of FB or Google making a misalligned AI as well all while being in the tech industry... I love the stuff these companies can do but the world is getting strange.

Try being worried about the danger of FB or Google making a misalligned AI as well all while being in the tech industry... I love the stuff these companies can do but the world is getting strange.

Mathew Inman, the Seattle-based creator of the popular comic “The Oatmeal,” took a shot at Facebook in a new strip and in the truest sense of something being meta, Facebook’s behind-the-scenes bots asked if he wanted to “boost” the post.

Facebook has announced measures to make political advertising on the social media platform more transparent. Political advertisers will have to verify their identity and location and their posts will carry a disclosure saying "paid for by".

Prof Kelli Burns has denied saying she believes Facebook is listening to people's conversations via the microphones on their smartphones. In a news story that went viral this week it was reported that she had said key words around her phone which then appeared on Facebook.

A Facebook executive has denied the social network uses a device's microphone to listen to what users are saying and then send them relevant ads.Rob Goldman, the tech giant's vice-president of ads, was responding to a tweet by PJ Vogt, the presenter of a tech podcast called Reply All.

If our personal data is traded in milliseconds up to 70k times per day, what does this mean? Should we care? Are we aware? Does it matter? Is it possible to escape?

Traditional regional meals? (self.AskUK) My daughter has to cook a 3 course traditional UK regional meal. Limitations are no oven (hobs only) and no pre-prep time and an hour limit. Any ideas? We've got sausage and mash for main and strawberries and cream for pud. Ghostwatch: the Halloween hoax that changed the language of television

That sounds like so much fun to watch. I wonder if it can be found on the good old internet? I think I will snoop around. I saw it on YouTube a while back, but someone must've picked up the scent.

The internet use to seem so much bigger with an endless amount of content to explore. Now it just feels like a handfull of social media, streaming, and shopping sites. • r/Showerthoughts

The internet use to seem so much bigger with an endless amount of content to explore. Now it just feels like a handfull of social media, streaming, and shopping sites. (self.Showerthoughts) I feel this pain. It does feel a little bit like the wild west has been tamed in recent years.

The Oral History of John Titor, the Man Who Traveled Back in Time to Save the Internet

Welcome to Urban Legends, a month-long collection of articles dissecting persistent myths, unexplained phenomena, shared nightmares, and tales so bizarre they can't possibly be true... or can they?

Google Earth has unlocked the gates to ancient mysteries around the world. For years, amateur and professional archaeologists have used the search engine’s satellite imagery to discover mysterious earthworks in Kazakhstan, Roman ruins, a forgotten fortress in Afghanistan and more.

Facebook and I had a good run but I was turned off of it when it stopped being a place to chat with people I knew and reconnected with and turned into a world of self-absorption and a virtual sandbox for people to complain and fight.

The badger entered the kitchen through a cat flap and filled up on cat food before going to sleep in the soft bed. The Scottish SPCA was called to the house at Beecraigs Country Park on Wednesday and an officer was able to persuade the badger to leave of its own accord.

How bad do things have to be for BOTH of these to be in town?

Eh, I won't be worried until the A-Team van is there too. And this guy.

One of YouTube's most influential vloggers has attacked the service's leaders, claiming they are failing many of their most popular video creators.

UK spy agencies are collecting citizens' social media and medical data, a court has heard. The details emerged in a case brought by Privacy International, looking at the legality of mass data collection. 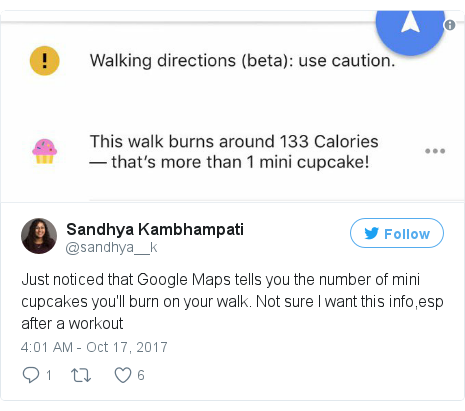 Google has decided to remove an update to Maps that shows users how many calories they would burn if they walked to their destination.

Artshole.net would love to review your work and interview you for an exciting new podcast.  We are particularly interested in unpublished/unfinished works. We believe the world is full of great …

This isn't totally unprecedented for Flynt. He has repeatedly weighed in on public debates by trying to expose conservative or Republican politicians with sexual scandals. In 1998, Flynt offered $1 million for evidence against Republican congressmen and published the results in The Flynt Report.

Millennials Are Over. It's Gen Z's Turn To Ruin Everything.

Take out your AirPods for a second. We need to talk. For the past 10 years, my friends and I were the generational stars of the party: They called us millennials, and we were the envy and fascination of the world.

15 Baked Chicken Breast Recipes That Are Anything But Boring

A few months ago I wrote about condiments you can make at home instead of buying. But why stop there? There are so many things you can skip at the grocery store and make in your own kitchen. Things like: Cool Ranch Doritos! (Yes, seriously. Scroll down for the recipe.)

Plane going down on a street

Thank you, I just started a job a couple blocks over from there and was told about that by one of my coworkers. I've been meaning to look that up. Are you serious? Damn! How did this horrible thing end?

Cover that sucker in old bay, cook him, and gimme a giant hammer. That's pretty neat.

Anything to do here?

Anything to do here? (self.Daventry) Moved here a few years ago, never really went out. What is there to do here? Other than the square. My god. The square.

Two conspiracy theorists die and go to heaven. (self.Jokes) Now that they have the chance to ask any question of God, one of them asks "Who was REALLY responsible for 9/11?". God responds "A group of Al-Qaeda terrorists led by Osama Bin Laden and Khalid Sheikh Mohammed."

Donald Trump’s Twitter account now has 40 million followers. It ranks 21st worldwide among 281.3 million or so accounts. It’s no secret that Trump is proud of his ability to use the account to communicate directly with his constituents.

With all the privacy issues surrounding Facebook, many people are considering quitting the site altogether. If you're not ready to take it that far, here's how to avoid the privacy breaches without completely deleting your account and losing touch with your friends. Photo by Ludovic Berton.

Figure out how much time you spend on Facebook, and think about other things you can do in that time. Turn off any Facebook notifications and save any important contacts. Quit for a short time before quitting for good, and be sure to post an announcement when you do.

Teenagers and young adults switching off from Facebook and other social apps reveal how the change has affected their lives Our love of social media seems to have grown and grown in the past decade, but recent studies show the tide may be turning for some platforms, with young people in

Facebook and Twitter could be asked to pay a tax to help fund educational campaigns about internet abuse. It is among ideas suggested by the UK government as it considers its safer internet strategy.

Late for the train.

Late for the train. (i.imgur.com) Looks like two writers attempting to act out their skit.

Millennials may be the world’s most hated generation – at the moment. But is disdain towards youth a new dynamic? By delving into the archives, we found that older people have been griping about young people for more than 2,000 years.

Spoiling for a fight

On 10 February 1355, St Scholastica Day, two students at the University of Oxford got into a dispute with the landlord of the tavern at which they had been drinking. The quality of the wine, they felt, was not up to snuff. The landlord disagreed.