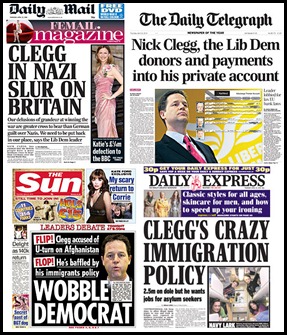 Well it looks like the press (Murdoch) is worried that the Lib Dems are gaining more support than the press (Murdoch) likes. Judging by yesterday's newspaper headlines Nick Clegg is a Nazi paedophilic ex-priest with sadomasochistic tendencies who would bring naught but ruin.


Mr Murdoch believes, I have been taught, that he has the power to sway elections and tip the balance to his favour. This, it seems has been the case in previous elections in the UK. His support for Thatcher during her incumbency and Major during his 1992 election seemed to show that what his newspapers said was how the voting public voted. Indeed, in 1997 when The Sun switched sides to support the Labour party it is believed that Murdoch's media empire's influence saw to Blair winning that election. Indeed, it has been suggested that his support for Obama in his American owned press helped win Obama his election. 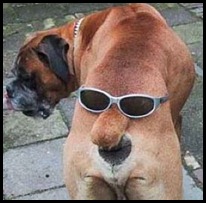 Murdoch's power does not stop at newspapers, FOX and SKY TV. Far from it. Murdoch controls ageing and failing social media giant MySpace something which he paid $580million for. Unfortunately, Murdoch is trapped in this mindset that as long as people consume something unquestioningly and uncritically, they desire something and it will never get tired . This belief, it seems, is why Murdoch was demanding to know why people weren't using Myspace anymore without being aware of the transient nature of social networking and the and fickleness of internet users. Today's Facebook could be tomorrows Myspace

So use caution when you consume media. Especially in during the current circus that is the lead up to the election. Don't take one viewpoint, indeed even my viewpoint for that matter, as concrete. Look around. See what the other media outlets are saying and consider who controls those outlets. Notice the tricks they play like using surveys to back up what they say - were you questioned? Did you take part? Are you in the minority? Notice how they build people up then discredit them somehow when opinion doesn't go the way they would prefer.


I know some will say "Oh I don't pay any attention to media" but I'll argue that you do. Maybe not directly but the people you interact with may have. I know some will say "I don't get involved in stuff like elections or media because no matter what I believe it won't make a jot of difference. Well maybe. But think about how like shoals of fish all move in one direction but soon as the predator appears they scatter causing chaos and disturbance in their formation.
The other danger is that Murdoch strongly believes that users should pay for the content on the internet. Now while I like the idea of charging you lot 50p to view my diatribe I am an advocate of freedom of media. But then I am also an advocate of philanthropy, something which Mr Murdoch doesn't seem to believe in either. 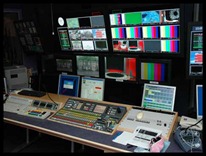 One thing I noticed, as a Television and Media graduate was how those in the production and direction department used dirty tricks to try and smother the Clegg message. Frequent cut-aways from Clegg when he spoke; the positioning of Clegg in the middle; etc. All pointing to the wrinkled digit of Murdoch. A dangerous man in fear of his public not following his lead.

When one man controls the media, the media becomes his voice. When only one voice is heard; there may as well be nought silence. Indeed, when I posted this yesterday on my LJ a number of commenters drew parallels with Murdoch and Italy’s Berlesconi. Both control the media to their own end but I fear the greatest danger is not a man who controls the media and sits as the head of state but a man who pulls the strings from the sidelines. Unseen. Unelected. With dangerous ideals and a belief that the public are there to be shepherded.

Posted by Stegzy Gnomepants at 09:47 No comments: Links to this post

In the UK, if you are accused of financial wrong doing or fraud (and I think for that matter any criminal matter) and the case goes to court, all of your assets – your house, your bank accounts, your dealings etc are seized by the Crown.

If you have no assets you are, by right, assigned legal representation by the Crown funded by a system known as Legal Aid. 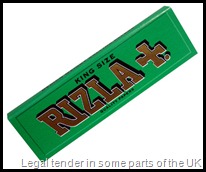 This is regardless of whether you have a billion quid in property and shares or 50p and a packet of cigarette papers.

It is a right afforded to all ever since the Legal Aid and Advice Act of 1949.

If you lose your case, your assets become Crown property and the proceeds of your assets go towards paying your legal costs and any fine or financial penalty you receive.

If you win your case, the prosecuting body – ie the Crown Prosecution Service (or in the case of civil matters - the Plaintiff) pay the court costs. 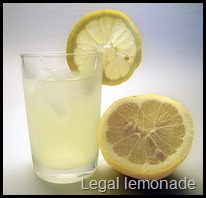 The only type of law where legal aid is not afforded to the accused is in cases of defamation or libel.

Such it is, such it has been. Hopefully, in case I get wrongly accused of financial wrongdoing at some point in my life, it will remain that way.

Now. It has come to my attention that a number of MPs have been accused of financial wrong doing in a matter that is going to court at present. 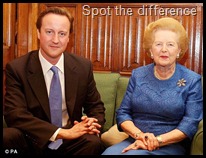 It seems on the back of this,  there is currently a really terrible case of “bad journalism” going on. Twatter is alight with people saying “Onoes! This is disgusting! People like that should pay themselves” without a regard for how the legal aid system actually works and I’m certain that the low quality press and their columnists will be making similar noises. Worse, the leader of the Conservative party seems oblivious to this point and I’m sure if it was he who was being prosecuted with no funds for him to obtain legal council, he would be the first to cry “Oh no! Woe is me!”

Remember, law is there to protect you. The legal system in the UK, while often flawed and misapplied, is there to protect the key facet in all of British sovereign law. Something which the powers that be seem really keen to remove, something which the media would like to see removed. That facet is in the United Kingdom – you are innocent until proven guilty by a court of law. 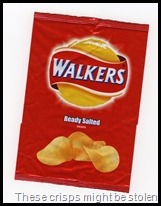 So even if you see Billy Blogs pinching a bag of crisps from the off licence and your convinced he stole the crisps, unless a court of law, presided over by a judge and jury or magistrate, finds Billy Blogs guilty he is innocent. Regardless of what you say.

This is something which people, often fuelled by media and moral panic, forget. They also forget that the easiest way to remove ancient rights and freedoms is to whip up such a fuss about a technicality so that ancient freedoms are swept away nought but the flourish of a pen. How many times have we, and I include myself in this, heard about people going to court and we say “They did it, they must have” when we know nothing about the situation behind the case or the evidence. This is often more the case when the death of a child is part of the matter. 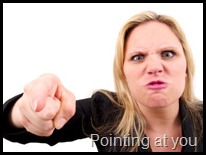 We point fingers. The media guides our hands. Trials go to court and people do get locked away because of prejudicial matters.

So to bring our legal lesson back onto track – two points

Such is the law in the UK. Daft it may be. But think…if it was you…and you were innocent….and you had no money…because your government had seized it all…or maybe you only had 50p and a packet of green Rizlas. Wouldn’t you be a teeny bit…well…miffed if you were not allowed someone to give you legal guidance on the matter at hand purely because you had no means to pay for it?

I know I would.

So bear that in mind as you cast your stones and eggs and laugh and point at the ignorant fools, who are having their basic rights wilfully eroded away because they didn’t know they actually had them in the first place…

Posted by Stegzy Gnomepants at 00:14 No comments: Links to this post

Jeff Ennis goes this year. He used to live next door to Mrs Edson you know.

I live in Barnsley East. I’ve never been canvassed by an MP and shoving your tatty bit of paper through my letterbox just makes the cats and the recycle bin happy.

Been about a bit. Lived in places such as St Helens, Congleton, Barnsley, Sheffield, Doncaster and Loughborough.

Has a degree in Metallurgy. 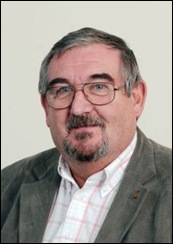 Seems to be based in Rotherham which isn’t all that far from Barnsley East but still.

Has a bee in his bonnet about immigrants, muslims and Britain being British.

Says “We need representation by MPs who are not afraid to speak out for what the people of Britain want” – Well I want a new car and £10000 please :D 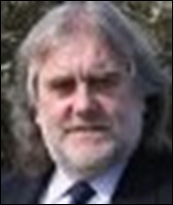 Other than a leaflet buried on some nationalist website and a couple of news clippings about him being all shouty and pointy. The only  other reference I could find about this gent is this Youtube video - http://www.youtube.com/watch?v=0cPDF6IDxz4

Curious really. Considering he’s putting himself forward for election. Furthermore, he seems to be stuck on issues that have no weight on the global or national scheme of things. I’m sure people living in Warrington would be furious to know that truck drivers are driving along B roads in Barnsley….. 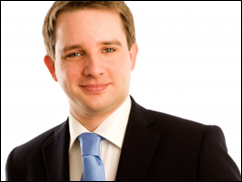 This guy seems to have a career covering the south. Cambridgeshire, Ely and the like. Apart from kindly “helping to get a Learner Centre up and running in South Yorkshire”. I doubt he’s even looked at Barnsley except on a map.

Oh wait…it appears he went to a brewery….in a different part of Barnsley. Bless him.

Seems like this chap has been floating round the country like an unflushed turd. I doubt he even lives in Barnsley...or for that matter knows where it is.

However he does seem to already have some parliamentary connections so even if he doesn’t get the job he can still make tea and advise on whatever it is he advises on.

This, it seems, is the motley band of chaps that want my vote. Now apart from virtually no web presence, these guys seem to think that they can tell me what they stand for  by telepathy…or maybe some sort of osmosis or something. However, because I’ve lived my life wrong, I am unable to receive messages through the ether due to my fat head being somehow defective.

So, like last time there was an election my offer still stands. It even applies to the horrid shouty pointy man. Let us go for a pint at the Three Horseshoes and discuss why I should vote for you because unless you do…I won’t have any idea why it is I should give you my vote.

Posted by Stegzy Gnomepants at 14:04 No comments: Links to this post

Escape from the Toilet of Doom

In the West Building of uni, there is a small gents toilet. It is, as I said, a small toilet. It is fitted only with two cubicles and, unusually, there are no urinals.

Posted by Stegzy Gnomepants at 22:38 No comments: Links to this post